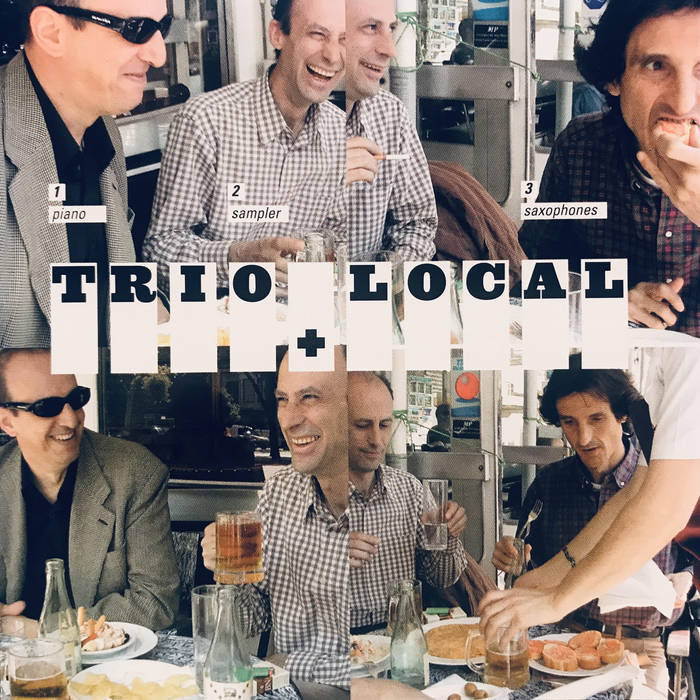 Original notes by Francesc Díaz i Melis, May 2002:

A first generation of improvisers began to emerge in Catalonia in the 1970s, thought its members hardly exercised as such, disappearing in the early 1980s without ever establishing a real scene with projection such as those already in existence in other parts of Europe, Asia and America. The lack of such scene in Catalonia was noted by improvisers all over the world interested in what was happening here and who were often left perplexed. The first generation disappeared without even leaving any recordings to serve as testimony to the work they had done.
In the mid-1990s, a handful of musicians that gradually grew began to show renewed interest in improvisation, albeit in a discrete, scattered way. The Trio Local soon emerged as the first stable group amongst the wave of improvisers that emerged in the Barcelona area in the 1990s. The ensemble was born as the logical consequence of the solo work in the form of a series of projects and experiences that its members had previously done separately.
Behind the name trio local are three musicians of amply-demonstrated expertise in the most diverse musical spheres, possessed of vast technical mastery taht, far from being brandished as an argument in itself, is nothing more than the foundations enabling a triangular group work in which each musician occupies a vertex. The results take many different forms of expression, including this CD, their second. Many groups of improvisers depend on one or two musicians who become the central pillar or trunk, supporting any number of branches off it. In the case of Trio Local, the triangle formed by the group truly has three vertexes and three sides of similar solidity, and this allows them to produce consistent group work based on huge doses of mutual understanding and feeling. Perhaps that is where the solidity comes from.
The path taken by an improviser is often unique and unrepeatable, and the members of the Trio Local are a magnificent example. All of them began to make music in the 1970s, thought on different fronts. What the three had in common even then was their penchant for flaunting the rules and staying well clear of the beaten path. Pianist Agustí Fernández was for many years linked above all to the vast universe of sound which has become known as contemporary music. Joan Saura, the man with the sampler, has always been a passionate viditor to terrains where the frontier between styles are shaken and finally torn down. And you don’t need to listen long to saxophonist Liba Villavecchia to note the excellent results he has obtained from his good luck in crossing paths with artists of the calibre of Ran Blake, George Russell or Joe Maneri.
An outstanding feature of the Trio Local is the way they combine their instruments. To call this this instrumental combination unusual is to fall short, and I certainly can not remember any other group of improvisers anywhere in the world today that has worked in a stable way for years with the instruments this trio plays: piano, sampler and sax. This alone makes them unique.
Trio Local produced this recording to be listened to, and I suggest you do so whith a completely open mind. The content is fresh and spontaneous, a unique audio document made by a group of unrepeteable musicians giving the best of themselves at a moment that is also unique. Along with the Trio Local we can also hear four of the finest improvisers on the current European scene: percussionis Lê Quan Ninh, and bassists Peter Jacquemyn, John Edwards and David Chiesa. Each alone would be a real luxury - just imagine it multiplied by four!

Bandcamp Daily  your guide to the world of Bandcamp

Cannibal Corpse's George "Corpsegrinder" Fisher stops by for an interview